The Parque Cultural de Valparaíso is located in Cerro Cárcel, which was the prison of Valparaíso until 1994, but today serves the community for other functions.
Currently, this Cultural Park is utilized by citizens and social organizations under the supervision of the regional government. The esthetic richness of the space is undeniable, both for its value as a source of memory and identity, and for its importance as a cultural center in the city.

One import aspect of the restoration of the Cultural Park is related to public space. This public space lowers barriers between people and creates an area that allows the free movement of people, the use of internal concourses as recreational areas for the community, and the availability of a place that is both anonymous and collective property. While the park is often used by people living in the surrounding area, a permanent and explicit invitation exists for the community to invent and redefine the space. This is manifested in posters calling for and encouraging a “take over”. So that, the ex – prison would have the distinction of being managed and reflected by those who live, think, and create a “public space”, a “space for everyone “.

Parque Cultural de Valparaíso – PCdV, is an architectural complex with three buildings of 10.000 m2, built in an area of 2,5 hectares where the Public Prison of the city was formerly situated. This Place is hurl from a harmonic joint to install cultural resources around a park open to the community. The old cell block was kept and fitted out to be used for artistic displays. Nowadays, the PCdV is a cultural, artistic and a social center that develops actions that include these three areas to work as a local development agent.

The Powder magazine or Warehouse of Gunpowder, was built between 1807 and 1810 by Spaniards with defensive purposes. Its main purpose was to store the gunpowder
supposed to be distributed to the coast through tunnels in order to be used by Spanish cannons to repel the British fleet in the context of the Napoleonic Wars. 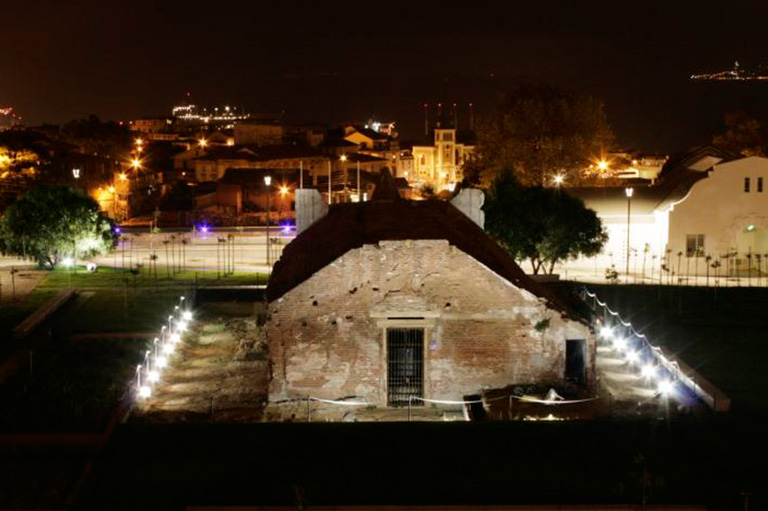 The Powder magazine represents a valuable relic that is kept inside the place
along with its overlapping brick vault sticked together with mortar (lime – sand – water) and one meter thick walls.

Nonetheless, no evidences was found to prove that this voult was ever used for that purpose. Until 1840, “Polvorín” was used as garrison to store the arms of the city. In the middle of 1840, this place began to be used as Valparaíso’s prison, thus replacing the old one located in San José Fort in Cerro Cordillera. 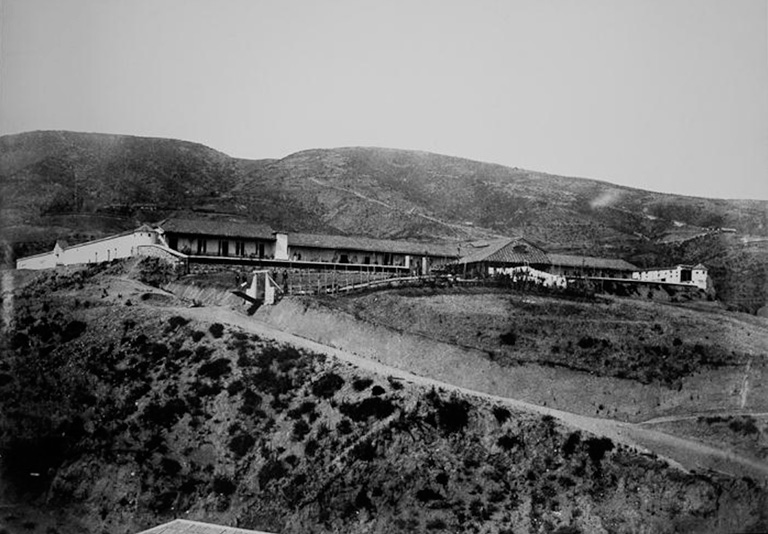 Along with other neighboring buildings and a couple of small fortified towers, they already constituted a prison by 1863.

The earthquake of 1906 that destroyed the city, also destroyed a wide part of these buildings. For this reason, a new cell block was built of iron filled with cement: The inmate wing.

This place was used as a public prison until 1999, when a new prison was built. 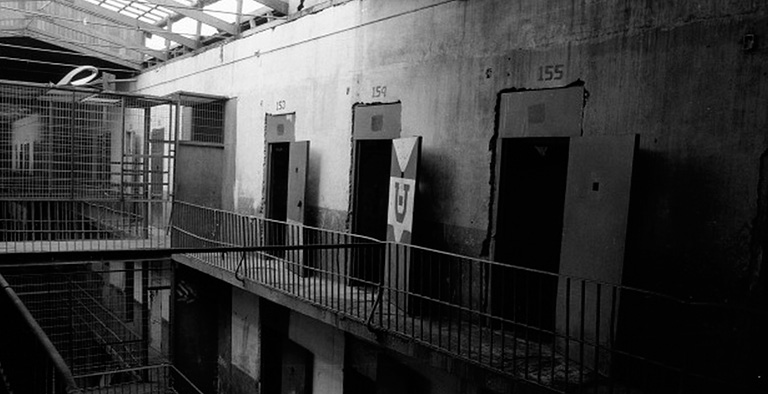 The Place had an original capacity to shelter around 400 prisoners, wich was increased to 1000. Nowadays it is known as the Transmission Building where artistic and cultural contents are transmitted.

From 2000 until 2010, this place was used by artists and neighbors for cultural and socials purposes.
In 2010, under the “Plan Bicentenario ” of the Chilean state, a big national architectural competition was held to design the current building. From the 118 proposals that participated the one presented by the architect office HLPS composed of Jonathan Holmes, Martín Labbé, Carolina Portugueis and Osvaldo Spichiger, won the competition.

One of the principal challenges for these architects was to transform this prison, formerly conceived as a cloister, into an open space of public use and connect it to the surroundings. 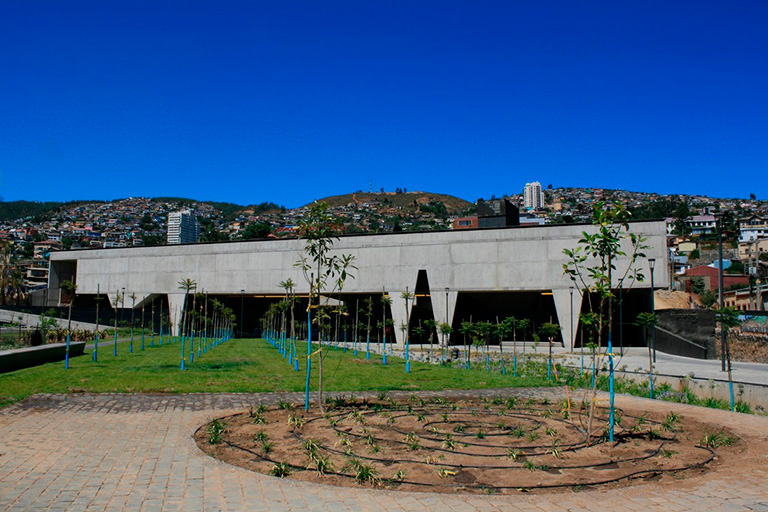 Now, this new and large building was meant to be used for cultural purposes. It is, known as the Broadcasting Building.

Undoubtedly, the current structure and preponderant white color, make this place a unique space in Valparaíso, lowering the visual pollution levels and extending the view of the fields of grass and young trees.

Today, Parque Cultural de Valparaíso is a place assigned to exhibit the local artistic practices, with training rooms for theater, dance, music and circus. The park has a building of modern architectural style that contains a big theater with 307 armchairs and a modern acoustic system. Also, it has a vast visual arts room of 460 m2 and a lab room for multiple activities.

The long-term purpose of PCdV is to consolidate a cultural and architectural landmark of international standard in order to boost the artistic, social and communitarian activities of the city and the region of Valparaíso, thus aiming to become not only nationally, but internationally known.